TurkishPress
Home News 'Serbia, Kosovo to meet for talks in US next month' 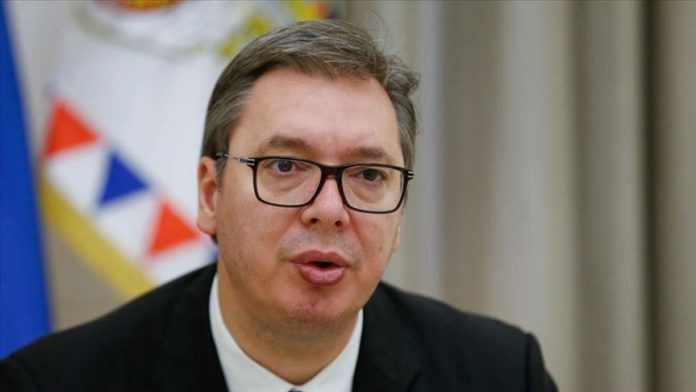 Leaders of Serbia and Kosovo will meet in the US next month for talks on normalizing relations, Serbia’s president announced on Saturday.

Aleksandar Vucic said meetings will be held in Washington on Sept. 3 and 4, and US President Donald Trump may also be in attendance.

“There are indications that, in case something important happens, Trump will also come to the meetings,” he said.

“Negotiations on all key issues of normalization, not recognition, are being conducted under the auspices of Brussels, and this must be something else.”

Vucic said Serbia’s main focus was to preserve peace in the region.

“We have to take care of people’s safety in Kosovo and all other inhabitants of the country. Our vital interest is to preserve peace,” he said.

Vucic said he expects both the US and the EU to continue to pressure Serbia to decrease cooperation with other foreign policy actors – “less and less with Russia and more with China.”

Kosovo declared its independence from Serbia in 2008, with most UN member states recognizing it as a separate autonomous country.

Belgrade, however, maintains that it is a breakaway province and has worked to roll back recognition.