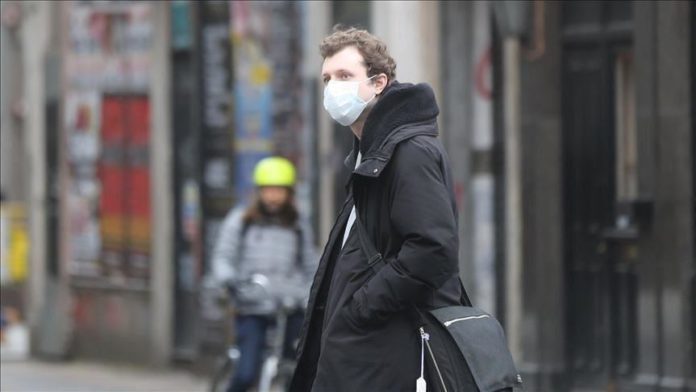 Serbia on Tuesday imposed a weekend curfew in an effort to curb the spread of the coronavirus outbreak.

In a televised address to the nation, President Aleksandar Vucic said that the situation is alarming in the capital Belgrade, and serious in four more cities.

He said that Tuesday was the most difficult day since the beginning of the pandemic, recalling that 13 people had died in the past 24 hours. Nearly 4,000 people have tested positive for coronavirus at hospitals, and that Belgrade hospitals are almost full.

“Accordingly, from tomorrow [Wednesday], any public gathering of more than five people will be banned, either outdoors or indoors, and from Friday we will go to a long curfew, which will last until Monday, and from Monday we will see,” said Vucic.

Vucic said that more than two million people will need to get vaccinated before fall to be prepared for possible second wave of the outbreak.

“We will have to avoid the collision of the corona and the flu, which means that we will have to vaccinate more than two million people against the flu.

“The vaccine will have to be received by the army, police, counter officers, pensioners, children aged 3 to 12, and all chronically ill people. We expect the heaviest wave of the corona around November 1. Before that, the flu will start and we must avoid that at all costs,” said Vucic.

Vucic said Serbia will build two large COVID-19 hospitals, one in the capital and another one in the center of Krusevac city, in case of a second wave.

In addition, there will be 10 modular hospitals in line with the needs.

Earlier on Tuesday, Epidemiologist Predrag Kon said that the epidemiological situation in Belgrade is unfavorable and that there are no indications that it is improving.

Also, the government earlier made a decision that Montenegrin citizens entering Serbia are required to self-isolate for 14 days.

The Serbian military on Monday set up an emergency 500-bed field hospital in the capital as the country battle to contain a surge in coronavirus infections.

Serbia has confirmed 16,719 cases of the coronavirus so far, as well as 330 deaths because of the disease, according to data by the US’ Johns Hopkins University.