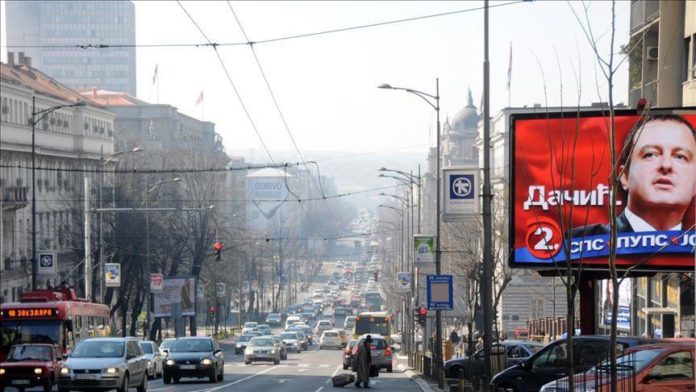 Serbian president said on Sunday that national elections are taking place in a democratic atmosphere, without any hindrances.

Aleksandar Vucic, who also heads the “For our children” coalition, expressed his satisfaction over the voting process.

“There have been no serious irregularities. The elections are taking place in a democratic atmosphere. There were fewer incidents than ever in the era of our multi-party, parliamentary democracy,” said Vucic after casting his vote.

He expressed hope for success, and good results.

As the world wrestles with the novel coronavirus pandemic, more than 6.5 million voters are casting their ballots in Serbia in general, local and autonomous region elections.

Protective masks and gloves are mandatory for polling station committee members, while voters have also been advised to wear them.

Meanwhile, some 140 polling stations had been opened in Kosovo for the elections.

Vladimir Dimitrijevic, the head of the central election commission (RIK), said around 100,000 people in Kosovo have the right to vote.

The ballots and other election materials were brought to Kosovo by the Organization for Security and Co-operation in Europe, an inter-governmental body, and the ballots will be taken to Vranje city and Raska town of Serbia, and counted by its staff.

Kosovo declared independence from Serbia in 2008, but Belgrade insists the country is one of its provinces.