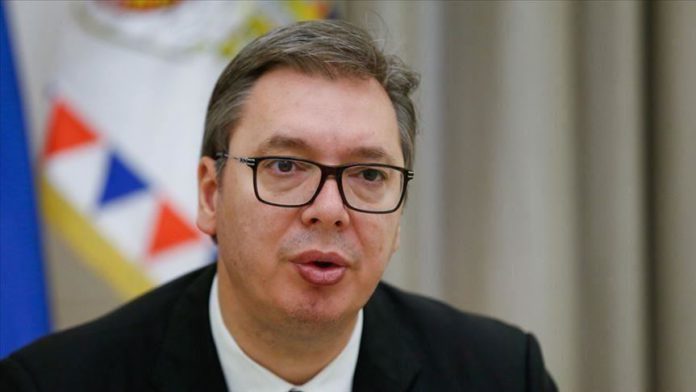 The Serbian president reacted Tuesday to the ongoing heavy fighting in the occupied Nagorno-Karabakh region, saying Armenia and Azerbaijan have no alternative but peace.

“We want peace. These are two brotherly and friendly nations for us, and we want that to happen,” Aleksandar Vucic said in a statement. “Although it sounds like a cliche, peace really has no alternative.”

He denied media reports on the presence of Serbian weapons in the conflict region, but confirmed that Belgrade had supplied ammunition to both countries.

Relations between Azerbaijan and Armenia have been tense since 1991 when the Armenian military occupied the Upper Karabakh, or Nagorno-Karabakh region, an internationally recognized territory of Azerbaijan.

At least 10 Azerbaijani citizens have been killed and 30 others wounded in the violations, according to the country’s foreign minister.

World powers including Russia, France and Germany have urged an immediate cease-fire.