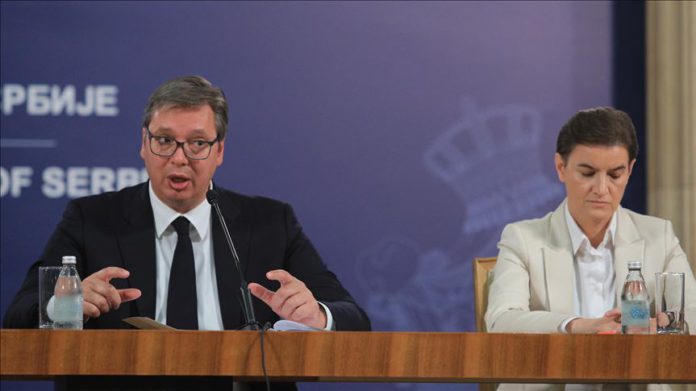 At a press conference, Aleksandar Vucic said that Brnabic had fought for Serbia’s interests during her term in office.

“Brnabic didn’t use her term of office to benefit foreign or local power centers, she just fought for the interests of this country,” said Vucic.

Vucic added that he asked Brnabic to choose half of the new cabinet.

“The new government will have three main goals, namely to strengthen the country in the fields of the economy, health, and defense,” said Vucic.

Brnabic, who has served as prime minister since 2017, is Serbia’s first female premier and also its first openly gay prime minister.

Serbia on June 21 held general and local elections, where the Serbian Progressive Party (SNS), led by Vucic, won 60% of the vote amid an opposition boycott.