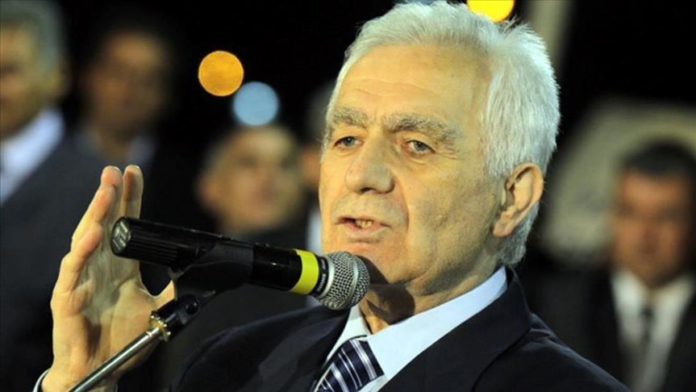 Momcilo Krajisnik, a former Bosnian Serb official convicted of war crimes by a UN court, has died of coronavirus. He was 75.

Krajisnik was hospitalized on Aug. 29 in the northern Bosnian town of Banja Luka.

The University Clinical Center of the Republic of Srpska said he passed away “from consequences of infection with the new coronavirus.”

Born in the capital Sarajevo in 1945, Krajisnik was one of the founders and directors of the Serbian Democratic Party led by war and genocide criminal Radovan Karadzic.

He was detained in Bosnia and Herzegovina in 2000 for war crimes, and transferred to The Hague, Netherlands for trial.

In 2006, the Yugoslav war crimes tribunal sentenced him to 27 years in prison for murder, persecution, and expulsion of non-Serbs for political, ethnic, and religious reasons during the 1992-95 Bosnian War.

The sentence was reduced to 20 years in 2009 following an appeal. He was released in 2013 after serving two-thirds of his sentence in the UK.

Krajisnik also served as speaker of Bosnian Serb parliament during the conflict that erupted after the breakup of the Yugoslav federation in the 1990s.

Serb militias took control of about one-third of the Bosnian territory, expelling Muslims and Croats from their homes and brutally killing thousands. The war ended in a US-brokered peace agreement.