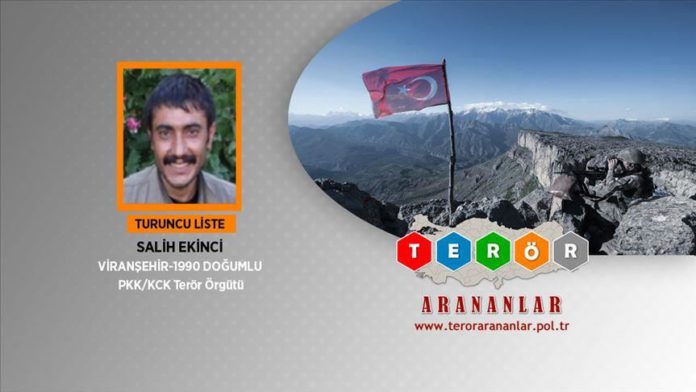 He was in charge for the so-called “Amed” province’s “Ape Musa” region in Elazig.

“Terrorist Salih Ekinci was among those responsible for a terrorist attack carried out by YPG/PKK on March 19, 2018, martyring one soldier and one village guard along the Diyarbakir-Hani-Topcular highway,” said a ministry statement.

Ekinci, codenamed “Devrim Devran,” was wanted with a bounty of up to 1 million Turkish liras (roughly $150,000), added the statement.

In its more than 30-year terror campaign against Turkey, the PKK – listed as a terrorist group by Turkey, the US and EU – has been responsible for the deaths of nearly 40,000 people, including women, children, and infants. The YPG is the PKK’s Syrian branch.