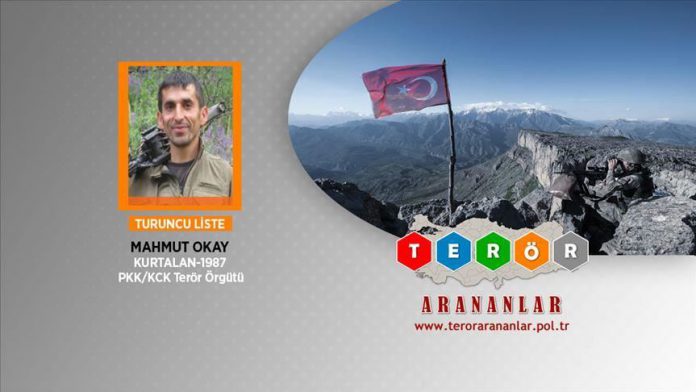 Mahmut Oktay was apprehended when a suspicious vehicle was stopped in the Mus province, on the main road, as part of internal security operations, said an Interior Ministry statement.

After the suspected terrorists in the car opened fire, security forces retaliated, and Okay, codenamed Hayri Mava, was captured after being wounded.

Another person suspected of aiding and abetting PKK terrorism was also apprehended.

In its more than 30-year terror campaign against Turkey, the PKK — listed as a terrorist organization by