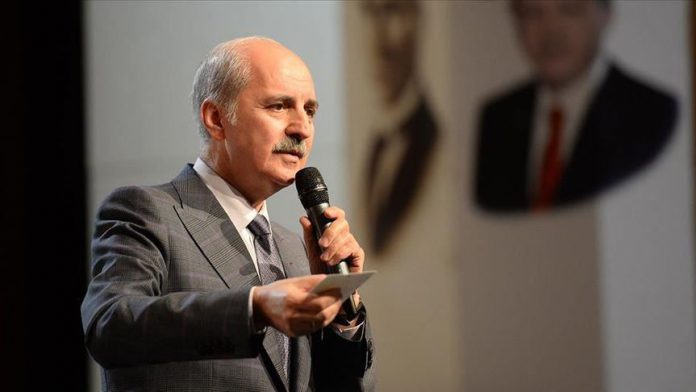 “No, Trump! Jerusalem is the capital of the Palestinian state and the heart of the Islamic world!” Numan Kurtulmus said on Twitter, where he slammed the remarks of Trump who announced the terms of the so-called “Deal of the Century”.

On Tuesday, Trump released his oft-delayed plan to end the Israel-Palestine dispute in the White House where Israeli Prime Minister Benjamin Netanyahu was present whereas Palestinian authorities were not represented.