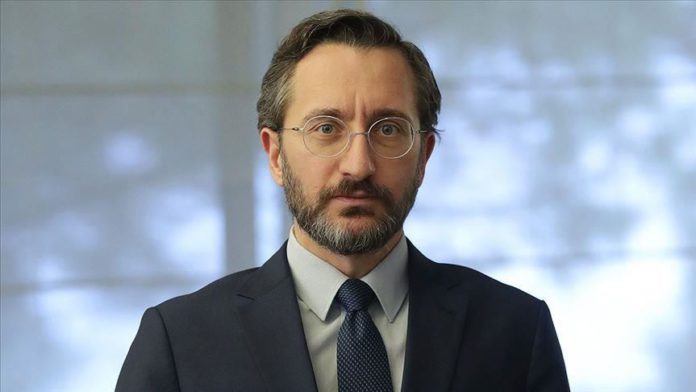 Turkey’s communications director on Thursday sharply criticized an international group for misrepresenting his efforts to defend his right to privacy and not to be slandered.

“The International Press Institute (IPI) on Tuesday misrepresented a lawsuit, which I recently filed against a reporter, as part of an alleged ‘media crackdown in Turkey’,” Fahrettin Altun said in a statement.

In an April 14 story, Cumhuriyet, a Turkish newspaper, published photos of Altun’s residence, along with the address.

“Whereas I fully believe in the legitimate scrutiny of government officials, the aforementioned story not only distorted the truth but also violated Turkey’s laws pertaining to the protection of individuals’ honor, reputation, and privacy,” he said.

“Accordingly I have since sued Cumhuriyet for damages, as any citizen is free to do in Turkey, and I am committed to defending myself against such encroachments on my rights and liberties – which, ironically, occur behind the smokescreen of press freedom,” he stressed.

Altun also underlined on Twitter that “press freedom is about legitimate public scrutiny – not invasion of privacy or defamation.”