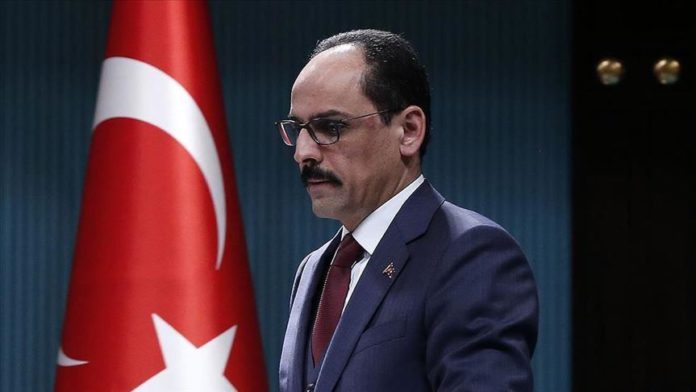 The spokesman for Turkey’s presidency on Wednesday met with the head of the UK’s secret intelligence service (MI6) in the in Turkish capital Ankara.

In the meeting between Ibrahim Kalin and the MI6’s Richard Moore at the Presidential Complex, the two addressed security and foreign policy issues, as well as possible cooperation to further develop relations between Turkey and the UK, according to sources speaking on condition of anonymity due to restrictions on speaking to the media.

The two discussed recent developments in the regions of Upper Karabakh and Libya, while also exchanging ideas on common security policies for stability in the Middle East and the Eastern Mediterranean.