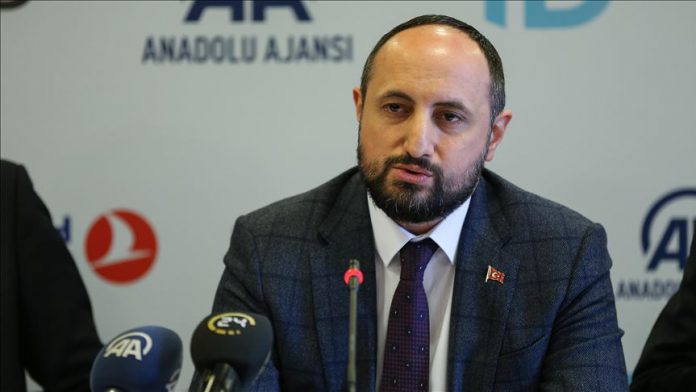 The head of a joint parliamentary commission between Turkey and the European Parliament on Friday criticized a Greek lawmaker for ripping apart a Turkish flag.

“The [Turkish] flag is our nation’s red line. Whoever violates this line, finds us [against them],” Ismail Emrah Karayel said in a written statement.

Karayel said xenophobia, racism, and Islamophobia should not be part of the EU.

“We expect this outrageous attack to be strongly condemned by the European Parliament,” said Karayel, urging punishment for its perpetrators.

During an EP debate, Wednesday over a large number of migrants on Greek islands, Greek lawmaker Ioannis