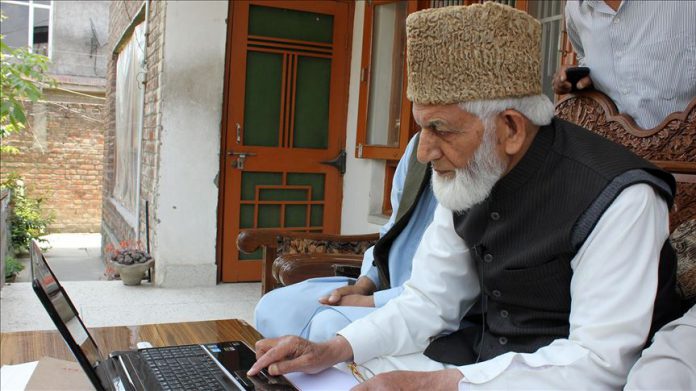 The health condition of Syed Ali Geelani, a senior Kashmiri resistance leader, has deteriorated in the past several days, his spokesman said Monday.

The 90-year-old leader, who has been under house arrest for the past 11 years, is facing several health issues including heart and kidney problems, Abdullah Gilani told Anadolu Agency by phone.

“Although […] old age has played its part in his physical weakness but unlawful and continued detention has taken a heavy toll on his physical health,” he added.

The spokesman said that after Aug. 5, when