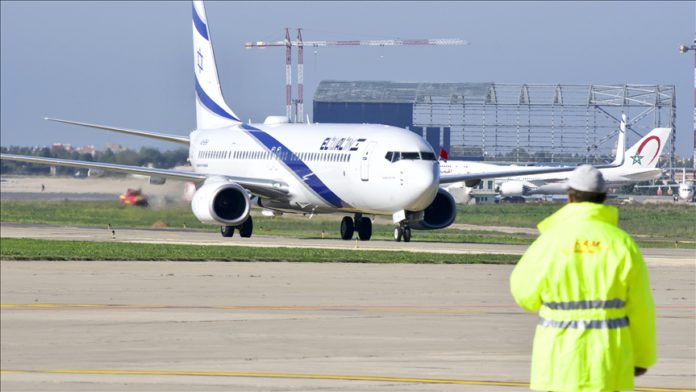 The head of the Israeli Ministry of Foreign Affairs, Alon Ushpiz, visited Morocco on Tuesday to discuss ways to strengthen relations between the two countries, according to the Israeli Foreign Ministry.

“MFA Director-General ‪Alon Ushpiz is en route to Morocco directed by FM ‪Yair Lapid, to hold a political dialogue, meet with his counterpart and Moroccan Foreign Ministry officials to discuss ways to further promote the bilateral relations between the countries,” the ministry said on Twitter.

According to Israel Speaks Arabic, a Twitter account run by the Israeli Foreign Ministry, the visit came after a telephone call between Lapid and his Moroccan counterpart, Nasser Bourita.

Details on the duration of the visit have not been disclosed.

Moroccan Foreign Ministry has not commented on the visit.

Israel and Morocco announced the resumption of diplomatic relations on Dec. 10 after they were halted in 2002 following the second intifada uprising in Palestine.

Morocco became the fourth Arab country to normalize relations with Israel in 2020 after the UAE, Bahrain and Sudan.

The normalization deals have drawn widespread condemnation from Palestinians, who say they ignore their rights and do not serve the Palestinian cause.