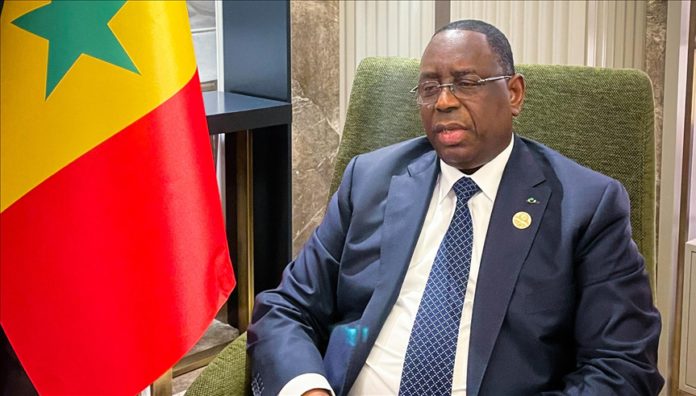 Sall, who has led Senegal since 2012, succeeds Felix Tshisekedi, president of the Democratic Republic of the Congo, for a one-year term.

He was elected by his peers at the start of a two-day AU summit in Ethiopia’s capital Addis Ababa, which will focus on addressing the myriad of challenges facing the continent, including persistent conflicts, a spike in military coups, and the COVID-19 pandemic.

In his inaugural speech, Sall said Africa is beset by a multitude of problems despite its commendable progress over the past few decades.

“We face challenges in maintaining peace and security, and we cannot turn away from the devastating effects of war that are leading to the disintegration of social cohesion,” he said.

The only way forward is to address the root causes of these issues and work together to resolve them, Sall emphasized.

Despite being a continent of more than 1 billion people, Africa remains underrepresented in the UN, UN Security Council (UNSC), and other important global institutions, said Ethiopian Prime Minister Abiy Ahmed.

“Africa should have at least 2 permanent seats in the UNSC,” he said.

About his government’s conflict with the Tigray People’s Liberation Front (TPLF) in northern Ethiopia, Abiy said his administration is exploring every avenue for peace and has initiated a national dialogue to help resolve the country’s problems.

Chaos looms as thousands of lorries still stalled in UK