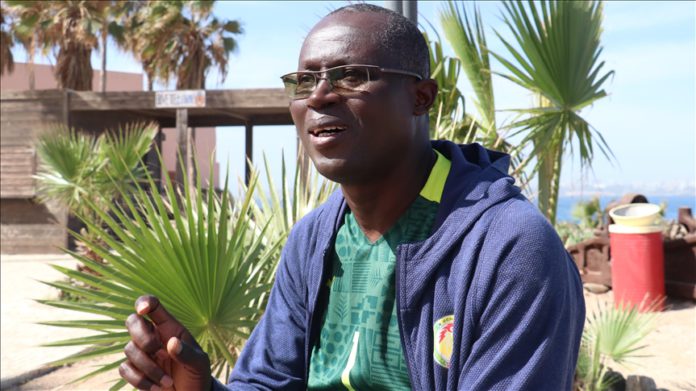 The Senegalese Football Federation head said the sport has improved relations between Turkey and Senegal as Senegalese players “very quickly” adapt to Turkey because of similar cultural and religious aspects.

Augustin Senghor, a candidate for President of the Confederation of African Football (CAF), told Anadolu Agency that Turkey recently became one of the best destinations for Senegalese players.

“Senegalese players adapt to Turkey very quickly. For almost ten years, we have seen that more Senegalese players have been going to Turkey. So it’s an important aspect. I am talking about both culture and religion as Turkey is a country where most of the population is Muslim. The majority in Senegal is Muslim too. It’s an element that we should not neglect,” said Senghor.

He said the value of Senegalese football players is increasing as long as they play for Turkish teams.

Elections for the CAF presidency are set for March 12 in Rabat, Morocco.

Senghor said football brings people together and develops fraternity around the sport.

“Just because the Turks love Senegalese forward Demba Ba, Senegalese people love the Turkish national football team and the Turkish people and vice versa,” he said. “This should continue like that.”

The 35-year-old won the Turkish league title in 2017 with Besiktas and again in 2020 with Basaksehir.

The devout Muslim is a fan favorite in Turkey because of his modest personality and pitch performance.

Ba won the 2013 UEFA Europa League championship with Chelsea, scored 191 goals in 430 appearances throughout his career.

France’s Ligue 1 Uber Eats is a favorite destination for Senegalese nationals, with 21 in the French top-flight division.

According to the German football database website, Transfermarkt, Monaco winger Krepin Diatta and Paris Saint-Germain midfielder Idrissa Gueye are the top two Senegalese players in France with a market value each of €18 million ($21.6 million).

“I simply say that today it’s the time of the Senegalese players in Europe,” said Senghor, who added that players from Senegal, including Liverpool winger Sadio Mane, Gueye and Napoli defender Kalidou Koulibaly are performing well with their teams.

Mane is an integral part of Liverpool, helping the Reds win the 2020 English Premier League and 2019 UEFA Champions League titles.

Transfermarkt said the 28-year-old is the most valuable player among active Senegal players with a market value of €120 million ($144.6 million).

Koulibaly’s current market value is €60 million ($72 million), according to the website.