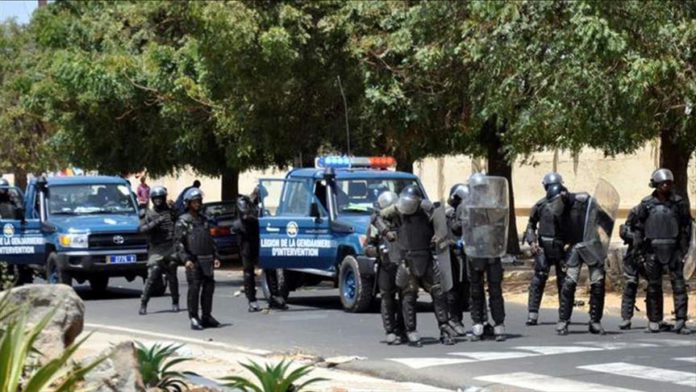 Multiple protests were held in the Senegalese capital on Wednesday night against the ongoing curfews which the government has imposed to stem the spread of the coronavirus.

The West African country declared a state of emergency in parts of the country where coronavirus infections have touched alarming peaks.

A daily night curfew enforced in the regions of Dakar and Thies starting Wednesday, President Macky Sall announced in a televised address.

Rallies were organized on Wednesday night against the decision in districts of the capital such as Niary Tally, Grand Yoff and Medina. The police used tear gas canisters to disperse them.

They also attacked a police station in Pikine, a suburb of Dakar, local media reported.

Similar protests also took place in June 2020 and more than 70 people who were demanding an end to the curfew were arrested.

Dakar and Thies, two of Senegal’s 14 regions account for “more than 90% of the cases in the country,” according to the president.

Senegal’s case tally stands at 20,156, including 433 fatalities and 17,782 recoveries, according to latest Health Ministry data.

*Rodrigue Forku contributed to this story