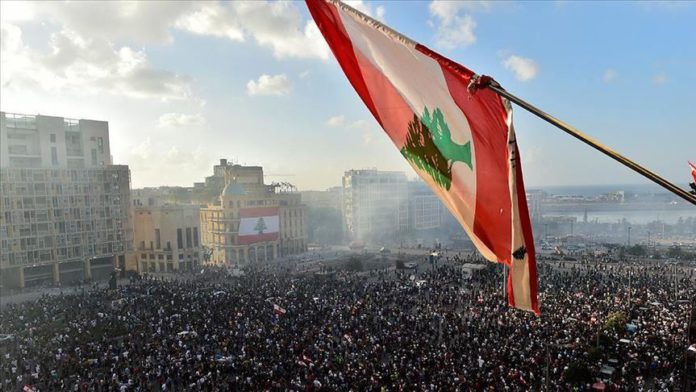 BEIRUT – A security officer was killed and more than 170 demonstrators injured Saturday in protests here in Lebanon’s capital.

A officer was attacked by protesters as he tried to save those stranded in a hotel that was raided by demonstrators in Beirut, according to a statement by the Lebanese Internal Security Forces.

In demonstrations around Martyrs’ Square in central Beirut and the parliament building, 172 protests were injured, with 55 hospitalized and 117 treated as outpatients, said the Lebanon’s Red Cross.

Demonstrators raided the economy and environment ministries, and the Banks Association buildings

They went into the buildings and discarded official documents, while damaging furniture in the Bank Association building.

Lebanese were asked by the army “to express their demands in a peaceful way, stop demonstrations and not harm government property”.

According to the health ministry, at least 158 people have died and more than 6,000 injured since an explosion ravaged parts of the Lebanese capital Tuesday.

Causality figures are likely to rise as efforts continue to find missing people.

The tragedy has come at a time when Lebanon is experiencing its worst economic crisis, including a dramatic drop in the value of the pound against the dollar.

* Writing by Firdevs Bulut in Ankara.