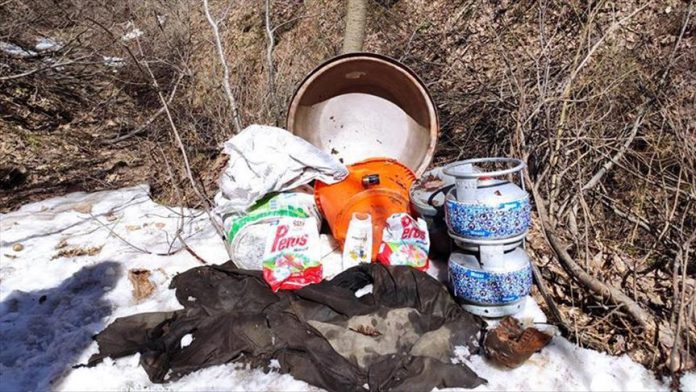 The provincial gendarmerie command launched two separate operations after a tip in the rural area of Bitlis province on April 15 and April 16, according to a statement that said counter-terror operations in the region would continue unabated.

The PKK — listed as a terrorist organization by Turkey, the U.S. and EU — has waged a terror campaign against Turkey for more than 30 years, resulting in the deaths of nearly 40,000 people,