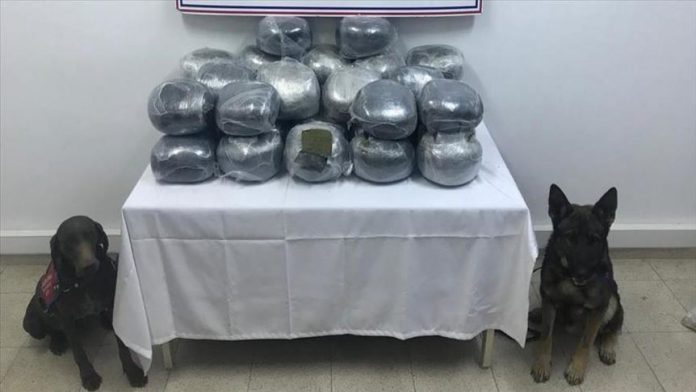 In Diyarbakir, the gendarmerie forces carried out an operation in the Lice district and seized 129.45 kilograms (285 pounds) of marijuana. An alleged drug trafficker was also arrested in the operation.