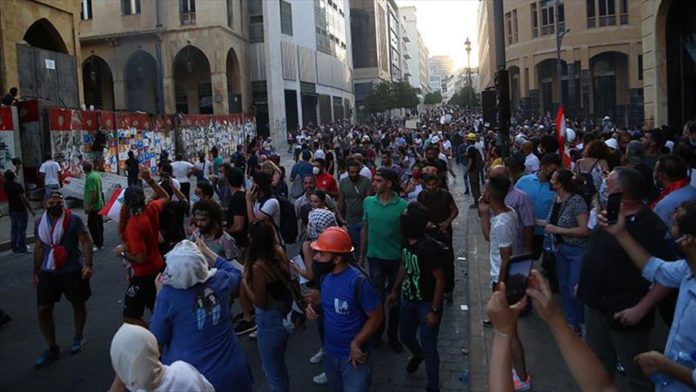 Lebanese security forces on Tuesday fired tear gas canisters at protesters in a bid to keep them away from the parliament building in the capital Beirut.

They chanted slogans denouncing the ruling political class, who they accuse of corruption and incompetence and hold responsible for the deadly blast.

They demanded the departure of the entire House of Representatives, headed by Nabih Berri, and the President Michel Aoun who accepted Monday the resignation of the government led by Hassan Diab and assigned as a caretaker cabinet.

“We’re here to put pressure on the authority and the resignation of the Diab government is only the beginning,” a protestor told Anadolu Agency on condition of anonymity for safety concerns.

The powerful explosion last Tuesday shook the Lebanese capital and its environs after 2,750 tons of ammonium nitrate stored in a warehouse caught fire.

The shockwave flattened nearby buildings, and caused extensive material damage in Beirut, leaving hundreds of thousands of people homeless.

It came at a time when Lebanon was dealing with a severe financial crisis, along with the coronavirus pandemic.