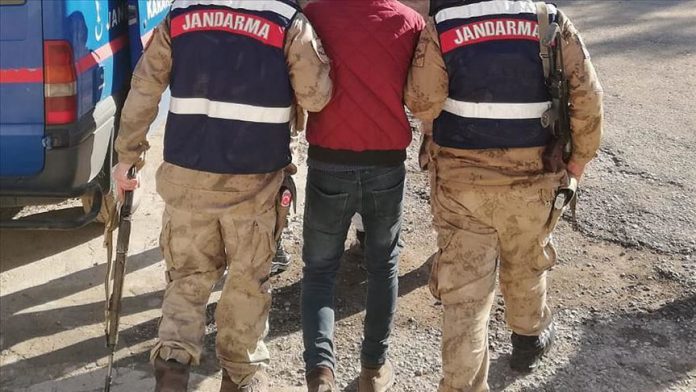 Turkish gendarmerie and intelligence forces organized on Monday a joint anti-terror operation to capture a YPG/PKK terrorist in southeastern Turkey.

According to security sources, local gendarmerie and members of the country’s National Intelligence Organization (MIT) arrested a member of the YPG/PKK terrorist group and another suspect in a dwelling in Mardin province.

Operations are ongoing to capture the owner of the house, sources said.

On the other hand, a YPG/PKK terrorist who escaped from the group surrendered to Turkish security forces in Silopi, Sirnak province on Monday evening.

According to security sources, the terrorist escaped from a YPG/PKK