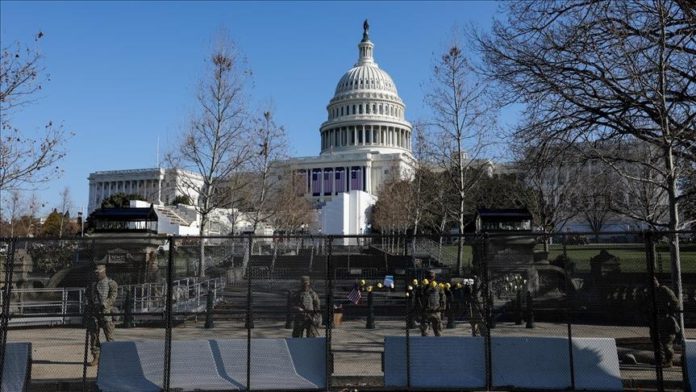 The suit follows an earlier one filed in February by House Homeland Security Chairman Bennie Thompson, also a Democrat, against Trump and his top associates.

While some defendants are different in Swalwell’s suit, it relies in part on the same legal argument that the accused violated an 1871 law known as the Ku Klux Klan Act. That law sought to crack down on conspiracies seeking to prevent members of Congress, through intimidation and violence, from carrying out their duties.

Trump and his allies had called on supporters to converge on the US capital on Jan. 6 to “stop the steal” when lawmakers would be carrying out a constitutionally-mandated step ahead of President Joe Biden’s inauguration. Trump maintains on so far unsubstantiated claims that the election was stolen from him via widespread voter fraud.

Trump and his allies repeated the claims during remarks delivered just minutes before the Capitol was stormed.

Swalwell, who was one of a select group of House managers who prosecuted the case against Trump in a Senate trial that resulted in his acquittal last month, accused Trump of violating the 1871 law by conspiring to stymy lawmakers during the Electoral College vote count.

“The Defendants among themselves and with others agreed and conspired to injure members of Congress, including the Plaintiff, and Vice President Pence, while they were engaged in the lawful discharge of their duties to count the Electoral College votes and certify the winners of the 2020 presidential election,” the suit says.

It also accuses them of violations of Washington, D.C. laws, including an anti-terrorism act and laws against inciting a riot and disorderly conduct.

It is unclear if either Swalwell’s or Thompson’s lawsuits will move forward in court.