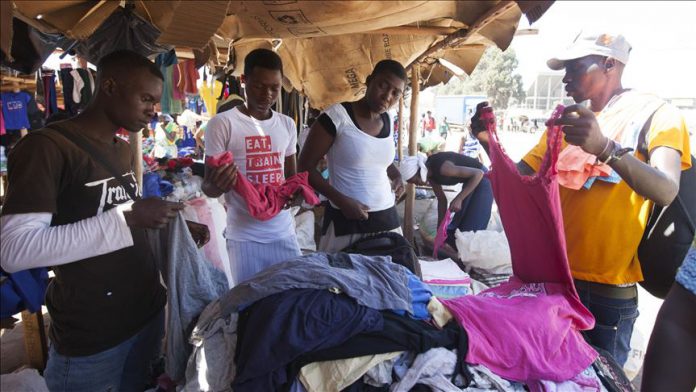 “Dollar for two!” exclaim street vendors in discordant voices as customers rummage through heaps of second-hand clothes spread across every available space in a mass vendors’ mall in the Zimbabwean capital, Harare.

“I own eight market stalls in the CBD [Central Business District] alone and several others just outside the city in places like the Mbare Township and at these market stalls, I specialize