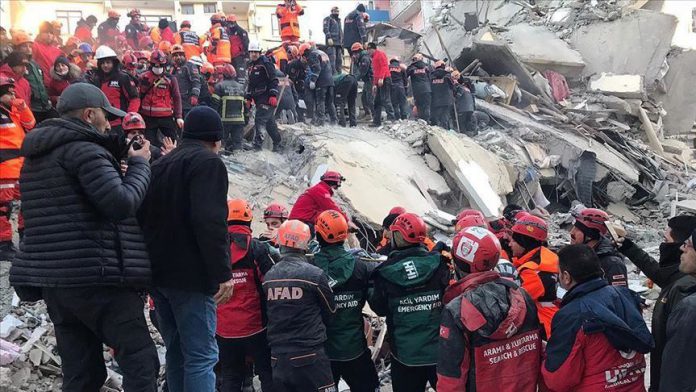 Search and rescue efforts are underway after a deadly earthquake rattled eastern Turkey, killing at least 20 people and injuring more than 1,015 others, according to authorities on Saturday.

A person was rescued 12 hours after the earthquake hit the region, bringing the total number of rescued people to seven, local sources told Anadolu Agency.

Earlier, the Disaster and Emergency Management Presidency (AFAD) said 782 others were injured; 433