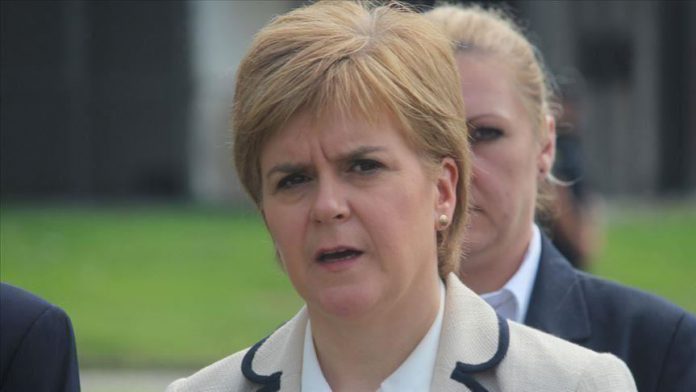 Scotland’s first minister on Thursday called for the central Westminster government to transfer powers to the local parliament to open the way for a second independence referendum.

Speaking in Edinburgh presenting a paper called “Scotland’s Right to Choose,” Nicola Sturgeon said she would be sending the document and a letter to British Prime Minister Boris Johnson again stressing that last week’s election result effectively guaranteeing Brexit will happen has given them a mandate for a new referendum.

The paper underlines a “material change of circumstance” since the 2014 vote on Scottish independence, pointing to “the prospect of Scotland leaving