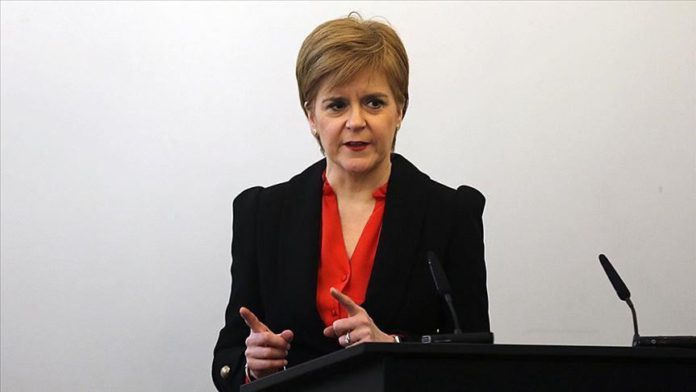 British Prime Minister Boris Johnson came under growing pressure from opposition parties and Scotland’s leader on Wednesday, accused of politicizing coronavirus as health authorities reported a further 176 virus deaths across the UK over the past 24 hours.

“As of 5pm on 30 June, of those tested positive for coronavirus, across all settings, 43,906 have sadly died.”

Earlier in the week, Scottish First Minister Nicola Sturgeon warned that visitors from England could be quarantined.

The proposal ruffled feathers in London, as Scotland’s ruling Scottish National Party and the national UK Conservative government continue to lock horns over the drive for an independent Scotland.

Speaking in parliament, Johnson said he found the quarantine idea “astonishing” and asserted there was no border between the two countries, a false claim as the two countries do have a clear border.

Sturgeon was adamant it was the other side turning the matter political. It is a matter of public health, she said.

“For a prime minister to try to politicize these things is shameful and unacceptable,” Sturgeon said today.

She pointed to New York announcing it would quarantine Americans from certain other states: “I don’t think the governor of New York is being political or constitutional – he’s trying to protect the people he serves from being exposed to the spread of the virus.”

“Anybody you hear trying to turn this into a proxy debate about Scottish independence or the constitution, they are the one who are being reckless and failing the public health test,” she said.

Opposition Labour leader Keir Starmer pressed Johnson in parliament over complaints by politicians in Leicester that they had not received crucial data on coronavirus infections in their area.

Leicester, a city in central England with a population of 300,000, will go into a local lockdown tomorrow.

Starmer said the local authority were only aware of 80 new cases, when the real number was 944. Johnson insisted the data had been shared.

“The prime minister can’t just bat away the challenge. These are matters of life and death and people’s livelihoods.”

Worldwide, the virus has killed more than 512,000 people, with total infections over 10.5 million, and recoveries exceeding 5.38 million, according to figures compiled by US-based Johns Hopkins University.