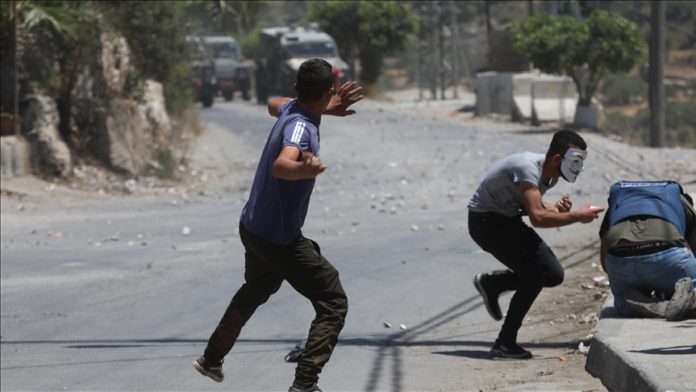 At least 79 Palestinians were wounded as Israeli soldiers cracked down on protests in the occupied West Bank on Friday.

Israeli forces fired live and rubber bullets, as well as tear gas, at Palestinians gathered in the town of Beita for protests against Israel’s illegal settlement activity, witnesses said.

They said the unarmed Palestinians responded by throwing stones at Israeli soldiers.

Five people were shot with live bullets and 24 others were wounded by rubber bullets, according to the Palestinian Red Crescent.

Some 40 more people suffered various injuries, including burns and wounds from falling, the agency said in a statement.

At least 10 more Palestinians were hurt when Israeli soldiers fired rubber bullets at protesters in the town of Bayt Dajan in Nablus, it added.

Every Friday, Palestinians organize marches and demonstrations in the occupied West Bank against Israel’s illegal settlements and the separation wall.