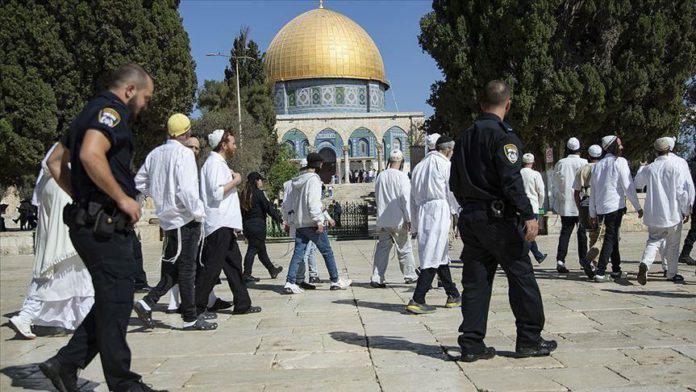 Scores of Israeli settlers forced their way into Jerusalem’s flashpoint Al-Aqsa Mosque complex on Wednesday, according to a Palestinian official.

The official with the Jordan–run Islamic Waqf Department said 171 settlers toured the site under the protection of Israeli police. The official spoke on condition of anonymity due to security concerns.

The Waqf department has repeatedly called on the Israeli government to halt settler visits to the holy site as they trigger confrontations with Muslim worshippers.

.
Al-Aqsa Mosque is the world’s third-holiest site for Muslims. Jews call the area the “Temple Mount,” claiming it was the site of two Jewish temples in ancient times.