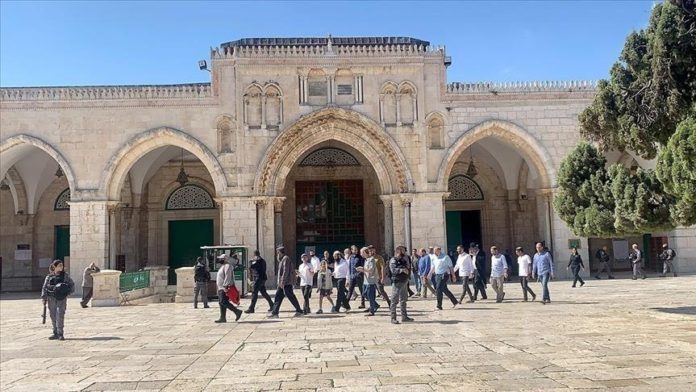 Scores of Israeli settlers on Wednesday forced their way into the Al-Aqsa Mosque compound in occupied East Jerusalem, according to a Palestinian agency.

The Islamic Endowment Department in Jerusalem said in a statement that 174 settlers under Israeli police protection broke into the flashpoint site.

Israeli police began allowing the settler incursions in 2003, despite repeated condemnations from the Islamic Endowment Department.

Trump to sign suspension of legal immigration to US