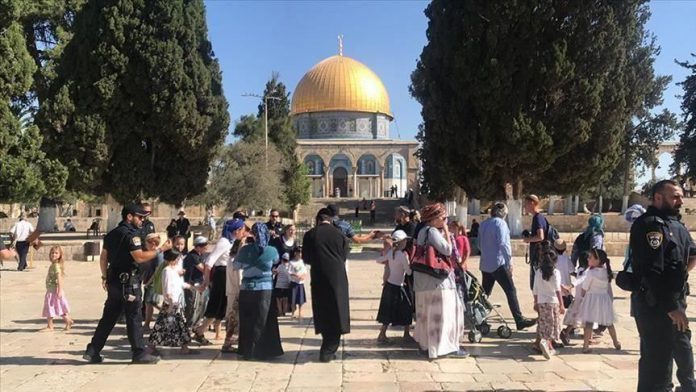 Scores of Jewish settlers on Monday broke into Jerusalem’s flashpoint Al-Aqsa Mosque compound, according to a Palestinian agency.

“Around 130 Jewish settlers have entered the compound,” the Religious Endowments Authority — a Jordan-run agency responsible for overseeing the city’s Muslim and Christian holy sites, said in a statement.

According to the statement, the settlers entered the site under the protection of Israeli police — through the compound’s Al-Mugharbah Gate.

Right-wing Israeli groups have called for large-scale incursions into the holy site on the occasion of Hanukkah festival, an eight-day Jewish holiday that marks the “rededication of the second Jewish