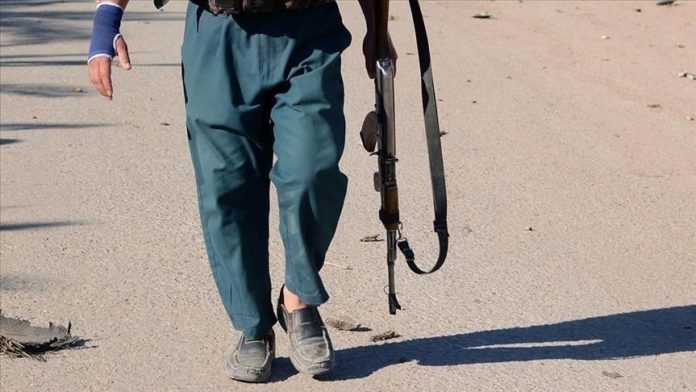 The Shanghai Cooperation Organization (SCO) foreign ministers called Wednesday on Afghan sides to stop violence and start peace talks about the future of the country.

In a joint statement following a meeting in the Tajik capital Dushanbe, the SCO foreign ministers condemned the violence and terrorist attacks causing civilian causalities and urged to stop hostilities.

They voiced concern over the rising concentration of outlaw and terrorist groups in the north of the country and stressed the importance of uniting the SCO actions in countering terrorism.

The ministers called on all sides involved in the Afghan conflict to refrain from the use of force and actions leading to destabilization and unpredictable consequences on the Afghan borders with the SCO countries.

They expressed readiness to develop cooperation with Afghanistan regarding the fight against terrorism and drug crime.

The ministers thanked the SCO countries for hosting and helping the Afghan refugees and encouraged the international community to contribute to their safe and sustainable repatriation.

“One of the most important factors for preserving and strengthening security and stability in the SCO space is the early settlement of the situation in Afghanistan,” the diplomats said.

“We reaffirm the position of the SCO member states that there is no alternative to resolving the conflict in Afghanistan through political dialogue and the implementation of an inclusive peace process by the Afghans themselves and under the leadership of the Afghans themselves,” they added.

The ministers appealed to the “interested countries” and international organizations to build up cooperation to contribute to achieving peace in Afghanistan and praised the work of the UN structures and Troika plus format (Russia, China, the US, and Pakistan) in Afghanistan.

“We confirm the readiness of our countries to further deepen cooperation with Afghanistan in the fields of politics, security, economy, and humanitarian cooperation, including through the fullest possible realization of the potential of the IRA’s participation in the status of an observer state in the SCO activities,” they said.

The SCO foreign ministers meeting comes in the wake of US withdrawal from the war-ravaged country after 20 years and amid an alarming surge in violence and takeover of many districts by the Taliban.