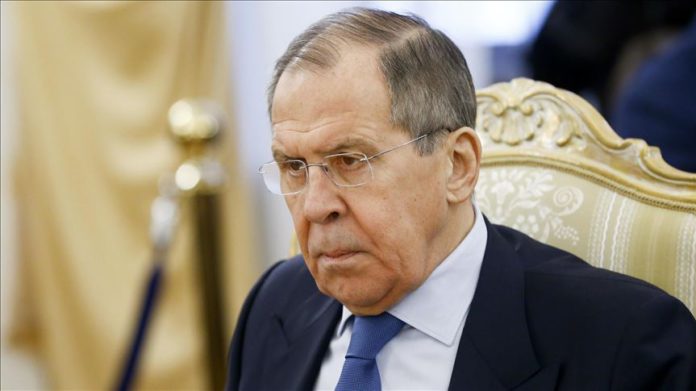 Russian Foreign Minister Sergey Lavrov said Wednesday that the Shanghai Cooperation Organization (SCO) has resolved to make a collective effort to fight the novel coronavirus, including determining the origins of the outbreak.

Foreign ministers of the organization’s eight member states discussed the coronavirus and a number of other issues during a videoconference.

Asked whether accusations against China, including allegations that the virus escaped from a laboratory in Wuhan were addressed, Lavrov said “the objective situation and facts were discussed” as the organization is not authorized to conduct any investigations.

He said the necessity to sort out the reasons behind the emergence of the coronavirus has to be considered from the standpoint of saving people’s lives.

Lavrov stressed that China has agreed to cooperate with the World Health Organization (WHO) on the issue of controlling the pandemic and warned against politicizing this work.

“When we talk about the need to understand the origins of the coronavirus infection, I believe that this is an absolutely justified question. Only we must approach this task from the point of view of the necessity to save as many lives as possible and understand how we can control this pandemic in the future.

“As far as I know, Chinese officials have expressed their willingness to work with the WHO to do this [understand the origins]. I am sure that all countries of the world are interested in this. At the same time, we are against politicizing and using in unscrupulous competition this scientific, humanistic approach aimed at reliable protection of humanity in the future,” he said.

After originating in China last December, COVID-19 has spread to at least 187 countries and regions. Europe and the US are currently the worst-hit areas.

The pandemic has killed more than 295,000 people worldwide, with the total number of infections exceeding 4.3 million and over 1.5 million recoveries, according to figures compiled by Johns Hopkins University of the US.

Meanwhile, Lavrov also voiced concern over a series of biological laboratories mostly run by the Pentagon which are concentrated along the borders of Russia and China.

“Washington’s unwillingness to ensure transparency of its military-biological activities in various regions of the world, of course, raises questions about what is actually happening and what goals are being pursued. We are engaged in an active dialogue with all our partners on this issue, including within the CIS [Commonwealth of Independent States], and we are raising this issue in the SCO as well,” he said.

Turning to the situation in Afghanistan, Lavrov said he hopes the SCO can contribute to overcoming the deadlock in implementing the agreements between the US and the Taliban movement.

“The SCO-Afghanistan contact group was activated some time ago. Last year, at the Bishkek summit, a road map was developed within the framework of which the SCO can actively promote the interests of settlement in our neighboring country. Today, we agreed that this roadmap will be adapted to modern conditions, including the situation that has developed since the US and the Taliban reached agreements, which have not yet been implemented. I hope that the SCO can make a constructive contribution to overcoming the current deadlock,” he said.

The raging Afghan conflict is in its 19th year, with thousands of lives lost and millions forced to flee their homes. The UN has repeatedly urged that opportunities for peace in the region be seized.