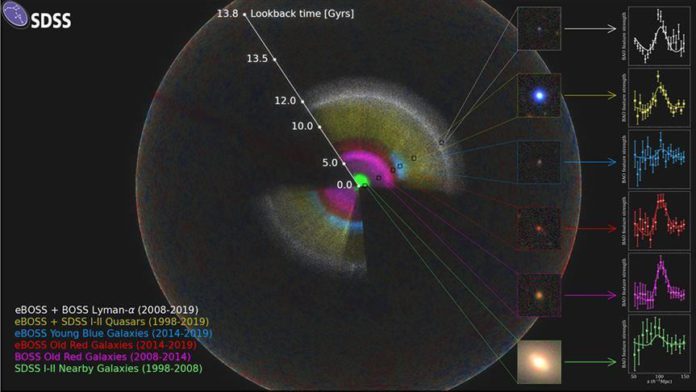 Scientists published the largest three-dimensional map of the universe ever created, the Ohio State University announced on Monday.

The 3D map, which was created after collecting and analyzing data from the skies for decades, shows how the universe has changed and expanded over 11 billion years, according to a statement released on the university’s website.

Published online late Sunday, the map revealed that “about six billion years ago, the universe began accelerating more rapidly than it had in the eight billion years that came before.”

Over 100 astrophysicists contributed to the map and the work resulted in at least 23 academic papers posted to the arXiv pre-print server along with the map.

“One of the things we want to learn about is the time evolution of dark energy – this mysterious thing that is causing the universe to accelerate,” said Ashley Ross, the project’s catalog scientist.

Scientists estimate that the universe is about 13.8-billion-years-old.

Real Madrid one step away from La Liga title