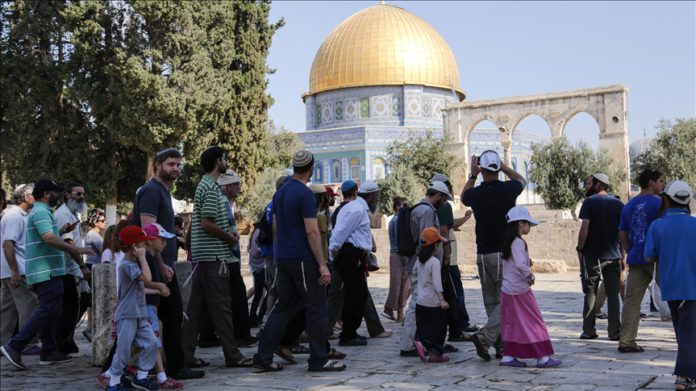 The International Union for Muslim Scholars (IUMS) has called for preventing extremist settlers from storming the flashpoint Al-Aqsa Mosque compound in occupied East Jerusalem on Sunday.

Israeli extremist groups have called on settlers to force their way into Al-Aqsa complex in large numbers on July 18, on the occasion of the anniversary of what Israel calls “the destruction of the temple.”

“The aggressor, occupying settlers have been insisting for decades on storming Al-Aqsa complex, and their last attempts were in the holy month of Ramadan,” al-Qaradaghi said.

He hailed Palestinians as “heroes” for protecting the mosque, stressing that the extremists’ project will fail again.

“We urge the Palestinians in general and the people of Jerusalem and its surroundings in particular to mobilize to protect Al-Aqsa” al-Qaradaghi said.