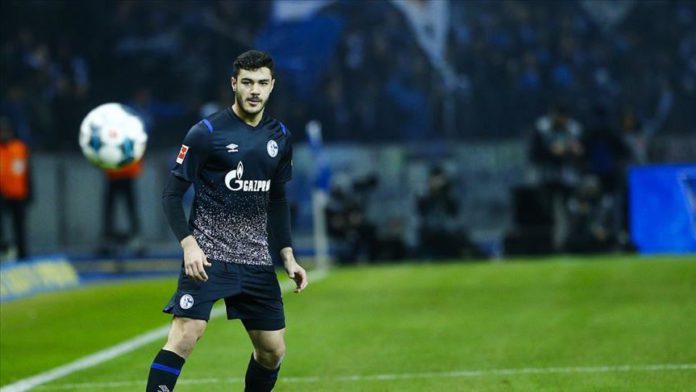 Ozan Kabak of German football club Schalke 04 has been given a five-game suspension over his red card and spitting incident.

The Turkish defender on Saturday was seen as spitting on his opponent Ludwig Augustinsson in the 26th minute of the Bundesliga match against Werder Bremen.

“The German football association (DFB) has judged Ozan Kabak guilty of unsporting behaviour in the form of attempted spitting. He has been banned for an additional four Bundesliga matches and fined 15,000 Euros ($17,500),” Schalke said on its website.

“The suspension will be added to the automatic one match ban for the red card shown to the Turkey international against Werder Bremen on Saturday,” the club added.

The 20-year-old apologized after the game in a tweet saying it was an accident.

“I wish to sincerely apologize to Ludwig Augustinsson. It was not my intention, it was an accident. I did not aim at him, the TV angle gives a deceptive view of the incident,” Kabak said on Twitter.

“I never did that before and won’t do it IN THE FUTURE, as it’s unsporting. This was very unlucky,” he added.

Kabak joined Schalke from another German club, Stuttgart, in 2019. He produced three goals and one assist in 30 appearances for the Royal Blues.

The Turkish international came from Galatasaray’s youth academy and was a first team player in the Istanbul club before moving to Stuttgart.