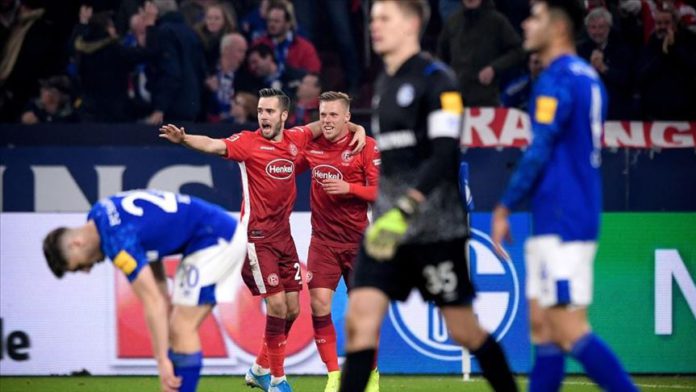 German football club Schalke has been in a horrible season in the Bundesliga, craving for league victory for a longtime.

The fans of the Royal Blues are disturbed over their team’s winless run for 13 games in the league, an undesirable record for the club.

Schalke last won in mid-January against Borussia Monchengladbach by 2-0 at home, Veltins Arena.

On Sunday, Schalke drew against Bayer Leverkusen 1-1, another disappointing result for the Gelsenkirchen club.

Schalke took the lead in the 51st minute at Veltins Arena as Italian midfielder Daniel Caligiuri scored from penalty.

But they were unable to secure it as Spanish left back Juan Miranda scored an own goal in the 81st minute of the game.

Schalke had 39 points in 31 matches to be in the 9th place in standings as only three matches left for the conclusion of the 2019-20 season in Germany.

In the next match, Schalke will visit Eintracht Frankfurt on Wednesday.

Bayern getting closer to 2020 title

Bayern Munich are now one step away to clinch the 2020 Bundesliga title as they beat Borussia Monchengladbach 2-1 on Saturday.

League leaders from Bavaria, Bayern Munich will gain their eighth consecutive Bundesliga title if they beat Werder Bremen on Tuesday.

Second-placed Borussia Dortmund are looking for a miracle to dethrone rivals Bayern Munich as the BVB had 66 points with three matches to spare.

Bayer Leverkusen were in the fourth spot with 57 points in the league table to follow RB Leipzig.