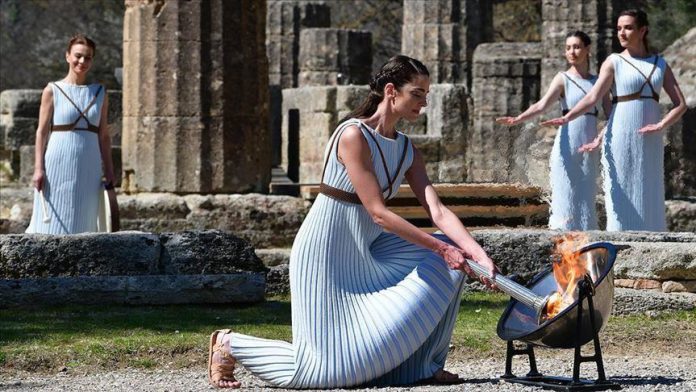 The Olympic flame for the Tokyo 2020 games was ignited Thursday at the ancient Olympia — the birthplace of the ancient games — in a scaled-down ceremony due to the coronavirus outbreak.

The flame was lit naturally by the rays of the sun in a ceremony by actress Xanthi Georgiou, in the role of the high priestess.

She passed the relay to first woman torchbearer, Greek Olympic champion — Anna Korakaki — who then delivered the torch to the 2004 Olympic Games Marathon winner in Athens, Mizuki Noguchi.

Yemeni rivals agree to reject 'Deal of the Century'