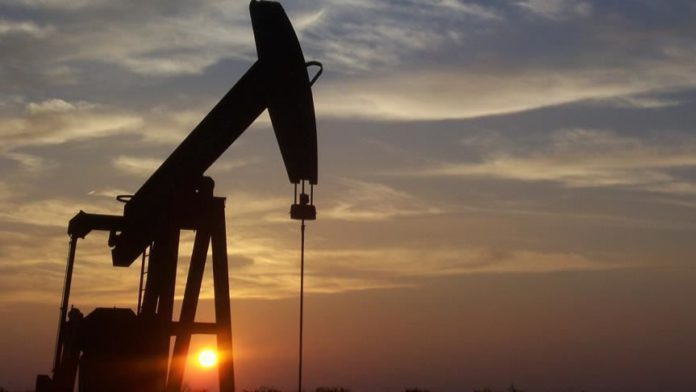 The world’s three biggest oil-producing countries, Saudi Arabia, Russia and the US have intensified their fight for a greater share of the global oil market as sluggish oil demand worldwide continues with low crude prices.

Due to the novel coronavirus (COVID-19), oil consumption around the world has weakened over the last few months. Along with oil-producing countries’ ongoing pumping of crude at maximum levels, crude prices in April reached its lowest levels since 1999.

The price of Brent crude plummeted in April below $16 per barrel mark, from around $45 a barrel when Saudi Arabia-led OPEC and Russia-spearheaded non-OPEC met in Vienna, Austria on March 6 but failed to reach a deal to further cut their oil production levels.

Since then, both countries have engaged in a price war for greater market share by increasing their output levels, each to drive one another and US shale oil producers out of the market.

Riyadh and Moscow have focused mostly on oil buyers in Asian and European markets, but their action of ramping up their oil output levels are hurting US shale oil producers the most.

Despite the US surpassing Saudi Arabia and Russia in November 2018 to become the world’s largest crude oil producer, the rising glut of supply is pushing crude prices lower making it harder for high-cost producers in US shale plays to survive.

US oil majors ExxonMobil and Chevron announced plans on May 1 to lower their capital expenditures for this year by $10 billion and $3.3 billion, respectively, compared to last year.

The US, the world’s largest oil consumer and a provider of a substantial market for domestic producers, has now to deal with Saudi crude entering the market as well.

Saudi Arabia has been flooding US refineries with cheap crude to raise its share of the American oil market.

On April 11, a group of 13 senators from US oil-producing states warned the Saudi ambassador in Washington to put an end to the price war between Riyadh and Moscow.

“Saudis spent over a month waging war on American oil producers, all while our troops protected theirs. That’s not how friends treat friends,” US Senator Kevin Cramer from North Dakota said.

US Senator Dan Sullivan of Alaska said Saudi Arabia’s actions have started “to undermine the long term relationship that many of us have supported.”

A week before the senators’ statements, US President Donald Trump was reported to have called Saudi Crown Prince Mohammed bin Salman on April 2 warning that if OPEC does not cut its oil production, he would not be able to prevent US lawmakers from passing legislation to withdraw American troops from Saudi Arabia.

With the rising glut of supply from domestic shale producers, Saudi crude saturating US markets and oil storage capacity filling up, the price of American benchmark West Texas Intermediate (WTI) crude oil futures traded on April 20 in the negative for a barrel for the first time since 1983, as US oil producers offered money to buyers to get rid of their excessive inventories.

The biggest fight for market share between Saudi Arabia and Russia, however, is taking place in Asian and European markets.

Saudi’s crown jewel, and the world’s largest crude producing company, Saudi Aramco said in March after the failed OPEC meeting that it would make a discount of as much as a $5 per barrel from its official sale price (OSP) for its customers in Asia.

Other major OPEC oil-producing countries like Iraq, Kuwait and the United Arab Emirates followed Riyadh’s strategy to also provide OSPs for their customers.

Moreover, both OPEC+ heavyweights, Saudi Arabia and Russia announced the week after the Vienna meeting that they would ramp up their oil production levels.

The Saudis also targeted Russia’s major customers in Europe, such as Poland, France, Italy and Greece. They offered them discounts from the OSPs with an option to postpone their payments for 90 days.

All these tactics look as if the kingdom is attempting to secure a firmer stronghold in European and Asian oil markets against Russia, which already has an advantage of oil delivery through pipelines.

Instead of Saudi deliveries via crude tankers, Russia’s wide network of oil pipelines connects its oil fields to refineries in Europe and Russia.

While Moscow has been enjoying every advantage in sending oil through pipelines, it has not yet provided any discount on its OSPs for refineries in Asia or Europe.

For Saudi Arabia, finding available crude tankers for delivery also looks difficult since oil producers around the world have been forced to take a more expensive route in hiring tankers to store their excess crude when land storage is filled.

None of the heavyweights are expected to relinquish any of the market shares they have acquired and for now, it looks like Moscow and Riyadh will continue their fight until global oil demand picks up again.

Once self-quarantine measures around the world are eased and global oil consumption rises, crude prices are set to rebound.