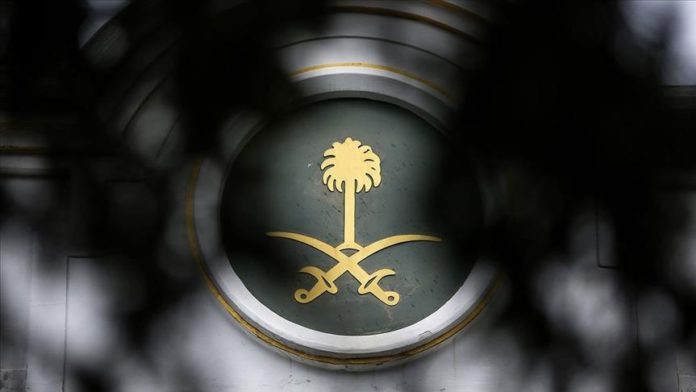 Saudi Arabia rejected a report submitted to the US Congress regarding the murder of Saudi citizen Jamal Khashoggi, according to a foreign ministry statement Friday.

The statement said the Kingdom’s government completely rejects the negative, false and unacceptable assessment in the report about Saudi Arabian leadership, and notes that the report contained inaccurate information and conclusions.

“The Ministry reiterates what was previously announced by the relevant authorities in the Kingdom, that this was an abhorrent crime and a flagrant violation of the Kingdom’s laws and values. This crime was committed by a group of individuals that have transgressed all pertinent regulations and authorities of the agencies where they were employed,” the statement said.

It emphasized that relevant authorities in the Kingdom took all possible measures within the legal system to ensure that the individuals were investigated and to ensure that justice was served.

It said the concerned individuals were convicted and sentenced by the courts in the Kingdom and sentences were welcomed by Khashoggi’s family.

“It is truly unfortunate that this report, with its unjustified and inaccurate conclusions, is issued while the Kingdom had clearly denounced this heinous crime, and the Kingdom’s leadership took the necessary steps to ensure that such a tragedy never takes place again. The Kingdom rejects any measure that infringes upon its leadership, sovereignty, and the independence of its judicial system,” it said.

The ministry stressed that the partnership between Saudi Arabia and the US is a robust and enduring partnership and said it has thrived for nearly eight decades on the basis of mutual respect, and the institutions in both countries have worked diligently to deepen these ties in all aspects, through increased cooperation and consultations to bolster security and stability in the region and the world.

“We look forward to maintaining the enduring foundations that have shaped the framework of the resilient strategic partnership between the Kingdom and the United States,” it said.

Khashoggi was brutally killed and likely dismembered after being lured to the Saudi Consulate in Istanbul in October 2018 by Saudi officials. While Riyadh initially denied any role in his death, it later sought to pin blame on what they said was a botched rendition operation.

Khashoggi’s remains have never been found amid speculation that they were dissolved in a vat of acid in the diplomatic building.

That explanation has been widely rejected by the UN and a wide group of US lawmakers who have maintained bin Salman’s culpability.

The intelligence assessment is not new. Former President Donald Trump blocked its release as he consistently sought to shield bin Salman from blame in a killing that rocked the world.

But the administration of President Joe Biden prioritized its publication, despite what may be repercussions for the US-Saudi relationship.