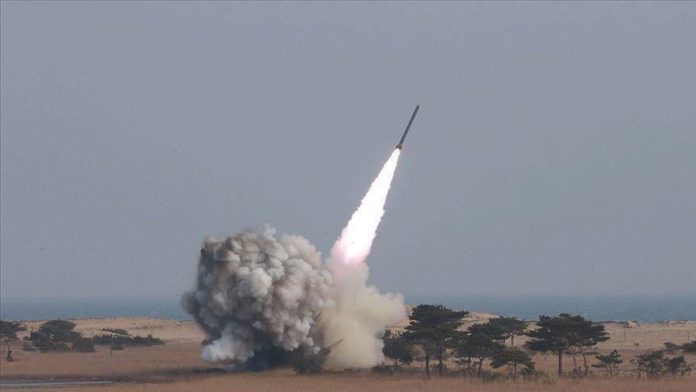 The Saudi-led coalition said on Sunday it had intercepted an explosives-laden drone fired by Yemen’s Houthi rebels towards Saudi Arabia.

Coalition spokesman Col. Turki al-Maliki said the drone was shot down over Yemen, without giving any further details, according to the Saudi SPA news agency.

On Saturday, the coalition said it had destroyed a bomb-laden drone ballistic missile fired by Houthi rebels towards the kingdom.

Meanwhile, the Houthi group accused the Saudi-led coalition of dropping cluster bombs over the Bajil district in the western al-Hudaydah province.

The news was carried by the Houthi-run Al-Masira television, but without giving any information about casualties.

There was no comment from the Saudi-led coalition on the claim.

The Houthis regularly fire ballistic missiles and drones towards Saudi areas in response to coalition airstrikes on areas held by the rebels.