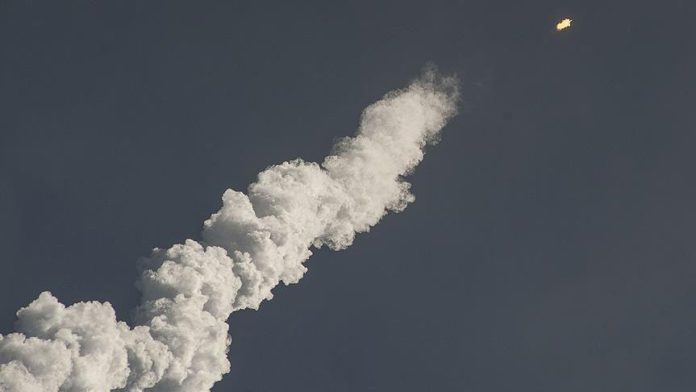 The Saudi-led coalition in Yemen said on Wednesday it had intercepted and destroyed an explosive-laden drone fired by Houthi rebels towards Saudi Arabia.

A coalition statement said the drone was fired towards southern Saudi Arabia, but was shot down by the Saudi air defenses, according to the state news agency SPA.

The coalition accused Houthi rebels of deliberately targeting civilian areas, saying it has taken “procedures to protect civilians and civilian areas from such attacks.”

Over the past two weeks, the Saudi-led coalition announced intercepting several drones fired by Houthi rebels towards Saudi territories.

The Houthi group, backed by Iran, say the drone attacks are a reaction to the Saudi-led coalition’s assault on Yemen.

According to Liz Throssell, the spokesperson for the UN High Commissioner for Human Rights, Houthi rebels have launched 128 drone strikes and 31 ballistic missile attacks on Saudi Arabia since the beginning of this year.

US slams sentences given to Hong Kong activists