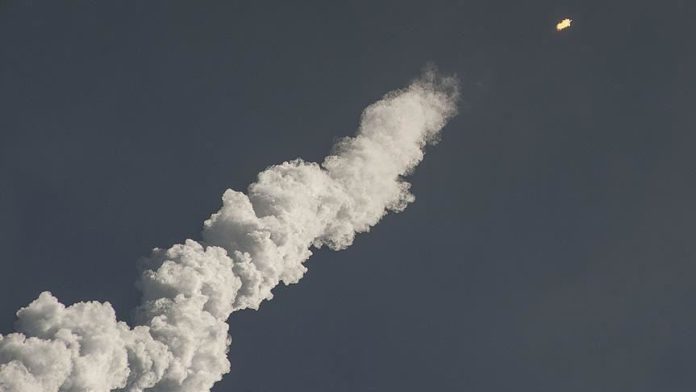 The Saudi-led coalition said Wednesday it had intercepted an explosive-laden drone fired by Houti rebels in Yemen towards Saudi Arabia.

“The joint coalition forces were able to intercept and destroy an explosive-laden drone launched by the terrorist Houthi militia in a systematic and deliberate manner to target civilians in the southern region [of Saudi Arabia],” coalition spokesman Col. Turki al-Maliki said in a statement.

Wednesday’s drone attack was the second to have been intercepted by the coalition within 24 hours. On Tuesday, the coalition announced the destruction of another explosive-laden Houthi drone launched towards Saudi territories.

Meanwhile, Houthi spokesman Yahya Saree said his group had carried out an attack on the Saudi Abha airport.

The Houthis regularly fire ballistic missiles and drones toward Saudi areas in response to coalition airstrikes on Yemeni areas held by the rebels.