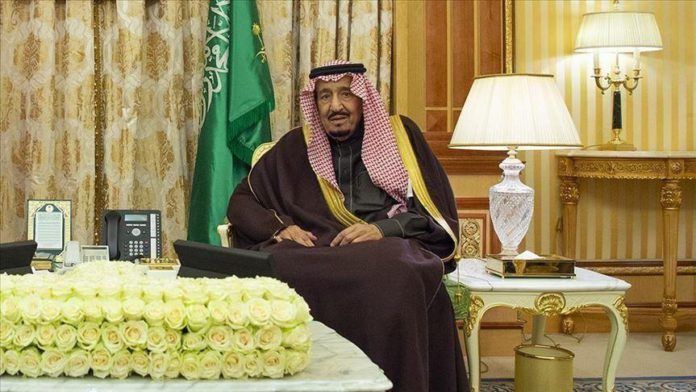 The body’s 41st summit is due to take place in the Saudi capital Riyadh amid hopes that it could witness an agreement to end a diplomatic crisis that has seen Qatar come under a blockade by three of its fellow GCC members for three-and-a-half years now.

In a statement, the GCC General Secretariat announced that King Salman bin Abdulaziz “assigned the Secretary-General of the Council Nayef Al-Hajraf to convey invitations to the leaders of the GCC countries to participate in the activities of the 41st session of the Supreme Council of the GCC countries.”

Al-Hajraf thanked GCC leaders in the statement “for their sincere efforts to promote Gulf cooperation in light of their belief in the ties of brotherhood and fellowship that bind the citizens of the GCC countries.”

“Holding the 41st summit in light of the exceptional circumstances the world is going through is a clear evidence of the great importance that the leaders of the GCC states attach to deepening interdependence, cooperation, and integration among member states and creating new horizons for the Gulf citizen in the long term.”

Several analysts suggest that the summit’s participants may ink document of principles to lay new foundations for Qatar’s reconciliation with the boycotting countries, or with Saudi Arabia alone as a first step.

On Dec. 4, Kuwaiti Foreign Minister Ahmed Nasser Al-Sabah announced “strenuous efforts to reach a final agreement to resolve the Gulf conflict,” in a manner that would guarantee GCC unity.

While Doha and Riyadh welcomed Kuwait’s announcement, ambiguity regarding the position of the other boycotting countries — the UAE, Bahrain, and Egypt — still remains.

The Qatari Foreign Minister Mohammed bin Abdulrahman Al Thani confirmed in a press statement on Wednesday that there were no obstacles at the political level towards settling the diplomatic dispute but emphasized the importance of respect of sovereignty and non-interference in the internal affairs.

In 2017, Saudi Arabia, the UAE, Bahrain, and Egypt cut ties with Doha and imposed a land, sea, and air blockade on the country over allegations of supporting terrorism and meddling in their internal affairs. Qatar denies the charges and has voiced openness to a dialogue to end the impasse.