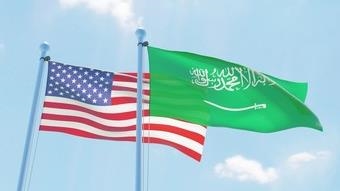 Saudi Minister of State for Foreign Affairs Adel al-Jubeir held talks in Riyadh with US Assistant Secretary of State for Near Eastern Affairs, Yael Lempert, to discuss efforts to reach a diplomatic solution to the conflict in Yemen.

A statement by the Saudi Foreign Ministry said the talks between the two diplomats took up regional and international developments.

The US Department of State said in a statement that the discussions, which were held on Monday, also dwelt on a host of regional issues, including the crisis in Lebanon.

A diplomatic crisis erupted between Lebanon and the Gulf states in October over criticism of the Yemen war by then Information Minister George Kordahi.

Lempert’s visit to Saudi Arabia came amid attacks by Houthi rebels in Yemen on Saudi Arabia and the United Arab Emirates.

Saudi Arabia has been leading a military campaign against Houthi rebels since 2015, one year after the Iran-aligned rebels overran much of Yemen, including the capital Sanaa.

The eight-year conflict has created one of the world’s worst man-made humanitarian crises, with nearly 80% of the country, or about 30 million people, in need of humanitarian assistance and protection.

More than 13 million are in danger of starvation, according to UN estimates.