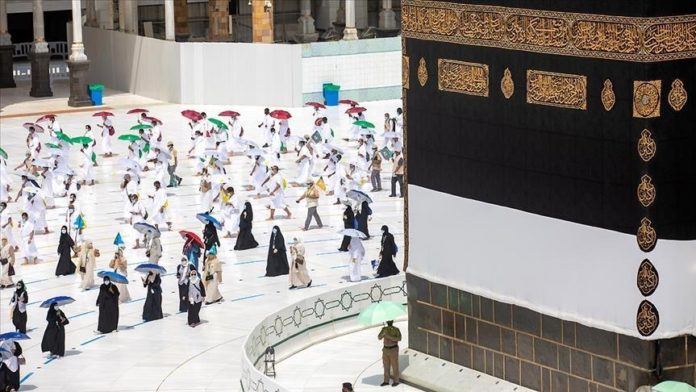 Saudi Arabia has made vaccination against the coronavirus compulsory for Muslim pilgrims wishing to perform Umrah, according to an official on Tuesday.

Deputy Minister of Hajj Affairs, Hisham Saeed, said in televised statements that Umrah visits from abroad will begin as of August 10.

As a part of precautionary measures, the official pointed out that pilgrims coming from abroad must be vaccinated by one of the Saudi-approved COVID-19 vaccines.

This requirement was previously introduced during the fasting month of Ramadan in April when visiting the Grand Mosque in the holy city of Mecca and the al-Masjid an-Nabawi in Medina, Saeed said.

The Saudi official said that 20,000 people will be accepted daily for Umrah.

Umrah is a voluntary minor pilgrimage to Mecca that Muslims can perform at any time of the year. Umrah was suspended in February last year over fears of the coronavirus outbreak.

Due to the pandemic, the Umrah was limited to Saudis and foreign residents of the kingdom who were allowed to perform the ritual at the Grand Mosque at a 30% capacity or 6,000 people per day.