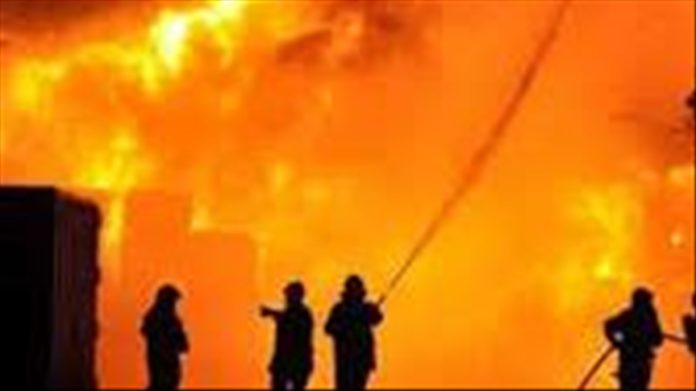 Saudi authorities on Friday announced that they contained a fire that broke out at an oil refinery in the capital Riyadh following a drone attack, state-run media reported.

“The oil refinery in Riyadh at 6.05 a.m. [0305 GMT] was attacked by drones, which resulted in a fire that was controlled without causing any deaths, injuries, or impact on oil supplies and its derivatives,” the official Saudi Press Agency said, quoting an unnamed source at the Energy Ministry.

The source also said: “The Kingdom strongly condemns this cowardly attack, and affirms that terrorist and sabotage acts, which are repeatedly committed against vital installations and civilian objects, do not target the Kingdom alone, but rather broadly target the security and stability of energy supplies in the world.”

The source called on all countries and organizations worldwide to “stand against these terrorist and sabotage attacks, and to confront all parties that carry out or support them.”

The Saudi official did not specify the party behind the attack. However, the Yemeni Houthi rebel group announced in a statement earlier in the day that it targeted the Aramco oil company in Riyadh with six drones.

Over the past weeks, the Houthis have intensified attacks by ballistic missiles and drones on Saudi regions.