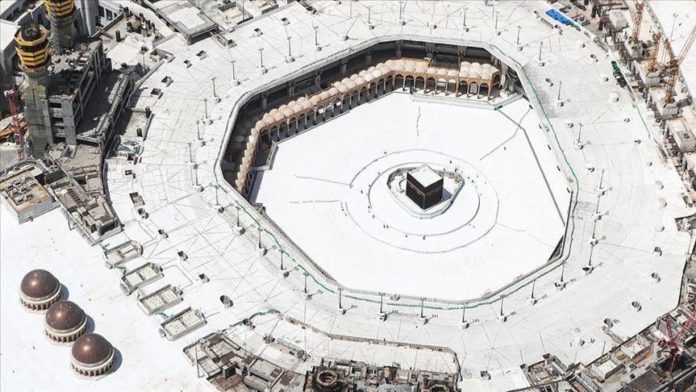 Saudi Arabia has allowed international pilgrims to perform Umrah after a seven-month hiatus due to the coronavirus outbreak.

The move was part of gradual Saudi measures to ease restrictions imposed to stem the spread of the virus in the kingdom.

Under the new measure, 20,000 pilgrims and 60,000 worshipers per day will be allowed to perform the ritual at the Grand Mosque, where the Kaaba is located, according to the state-run Al-Ekhbariya channel.

On Oct. 4, Saudi authorities allowed Saudis and foreign residents of the kingdom to perform prayers at the Grand Mosque at a 30% capacity or 6,000 people per day.

On Oct. 18, the Gulf kingdom allowed 15,000 pilgrims per day to perform Umrah and prayers at Al-Masjid al-Nabawi, or the Prophet’s Mosque, in Medina.

Umrah is the Islamic pilgrimage to the holy city of Mecca that Muslims can undertake at any time of the year.

Saudi Arabia has registered 347,282 cases, including 5,402 deaths, since the first case of coronavirus was detected in the kingdom in March.