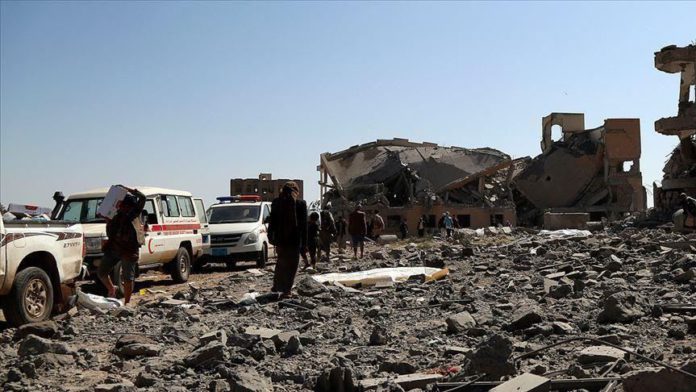 The Saudi Press Agency (SPA) reported that the rocket in Jazan was launched by Houthis in Yemen.

Three vehicles were damaged in addition to the five casualties, who were taken to a hospital.

No statement has been made by the Houthis about the attack.

The Houthis regularly fire ballistic missiles and drones toward Saudi Arabia in response to coalition airstrikes on areas held by rebels.