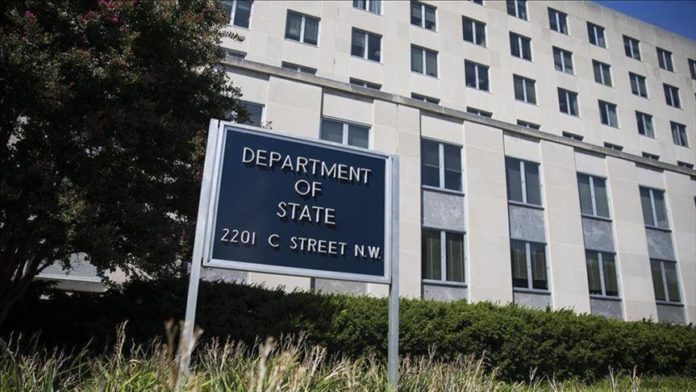 The US State Department on Thursday voiced concern about two jailed women activists that were sent to terrorism court in Saudi Arabia, saying activism on women rights “is not a crime.”

“We are concerned by reports that the cases of Loujain al-Hathloul & Samar Badawi have been transferred to a Saudi terrorism court,” the Press Office for the Bureau of Near Eastern Affairs said on Twitter.

“Activism on behalf of women’s rights is not a crime,” the office said. “Also troubled by allegations of abuse against them & a lack of transparency/access to the trials.”

On May 15, 2018, the Saudi authorities arrested a number of female human rights activists including al-Hathloul and Badawi, Nassima al-Sadah, Nouf Abdelaziz al Jerawi and Mayaa al-Zahrani. The arrests came months before women were finally granted the right to drive. Those five names remain in detention.

Several international rights watchdogs have accused the authorities of jailing and torturing the female activists for their activism in defending women’s rights.